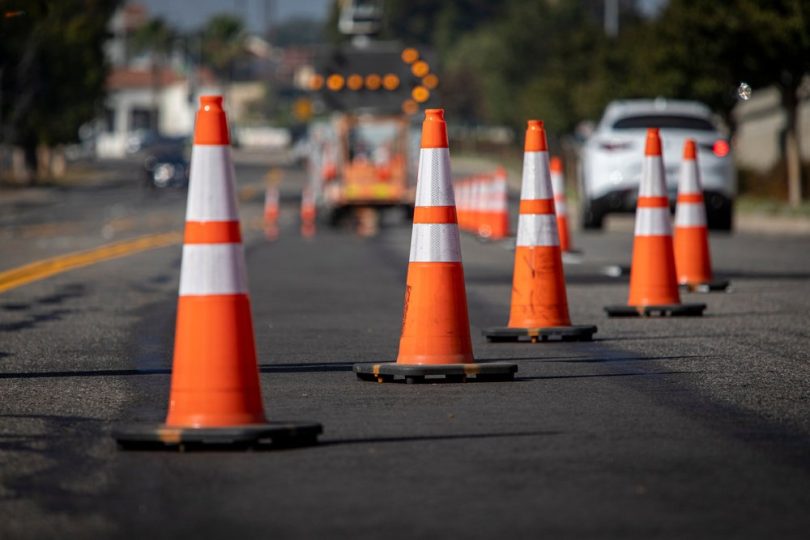 Traffic cones are things that we see every day but never think about. They are not just decorations for streets. Traffic cones have all sorts of uses, and there is a system for how each traffic cone is meant to be used.

In this article, we’ll be showing you how to determine what a traffic cone is telling you, from size to color to shape. Knowing the system of traffic cones will make you a better, safer driver and will keep things orderly on the roads.

Types of Cones Based on Their Colors

This type of cone is used mostly by road workers to mark where the entrance and the exit of the roadwork are. It allows construction workers to safely navigate in and out of their working area. 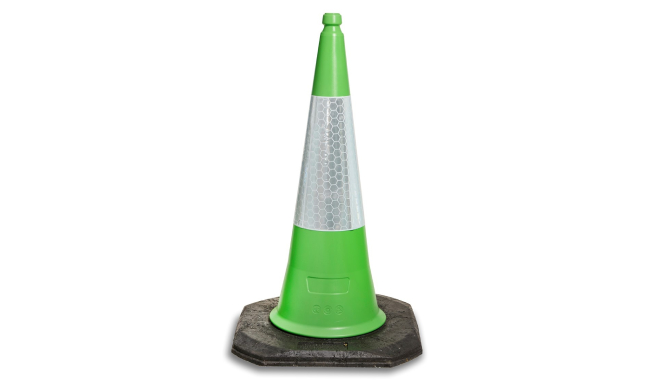 These cones indicate that vehicles are not allowed to stop in the marked area. For areas with a lot of traffic or high-speed limits, these cones keep the flow of traffic moving. Stopping in these areas can be dangerous to motorists. 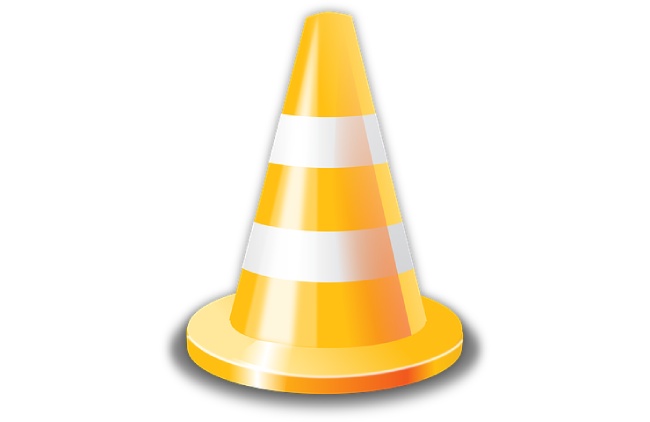 If there are any overhead hazards like bridges or power lines, blue and white cones will be placed to mark where these hazardous areas are. They often have reflective tape on them so they can be seen at night. 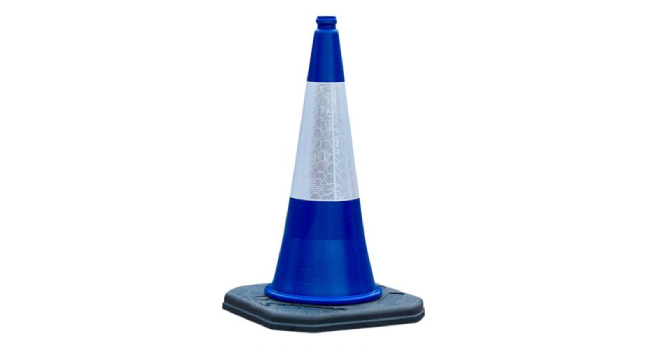 Road work can be dangerous if not managed correctly. The highwayman traffic cone is the classic orange and white cone we’ve all seen before. Its main function is to guide traffic away from road work areas to keep the construction workers safe. 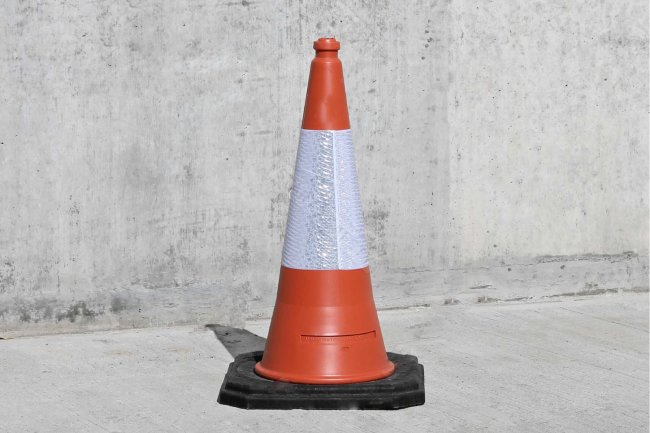 Cheap alternatives to the standard cone are available. These cones are still compliant with traffic laws, but won’t last as long and may need extra ballast to keep them stable.

If you just need cones for personal use or to cover a small area, budget cones are perfect. For roads and freeways, it’s best to get the more expensive option. Budget cones can break and be moved easily, so they aren’t recommended for safety reasons. 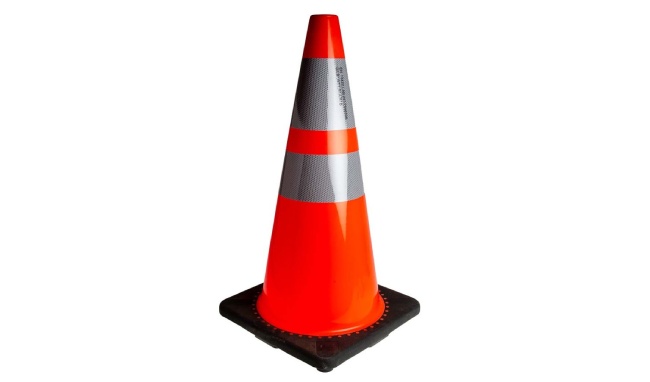 To control parking, you can place a no waiting cone that tells drivers that they are not allowed to stop for a long period of time. They are yellow, either conical or rectangular, and have a red circle with a line through it. These multipurpose cones keep traffic moving, prevent obstruction, and dictate an area to be free of vehicles.

Police and construction workers often use these cones to prevent drivers from stopping near their place of work. They are often used in city streets, but not so much on freeways or other high-speed areas. 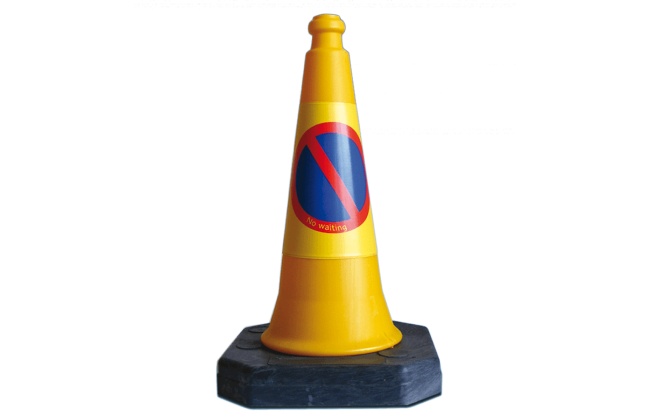 Other types of traffic cones based on their shapes

Flares can be dangerous, so a cone replacement was made for first responders to designate areas of emergency. These cones are visible to drivers up to a few miles away, using an LED light instead of the chemicals a flare uses to produce light. If your car breaks down, you can use these cones to create a safe space for you or to signal to the first responders where your car is located.

Taller and thinner than the common traffic cone, tubular cones are mostly used for crowd control at places like train stations or stadiums. They have a hole at the top so that chains or tape can be threaded through them.

If you need people to form a line or to create an area to stand in, these cones are the best option. They are not meant for road traffic, so don’t use them on the street. 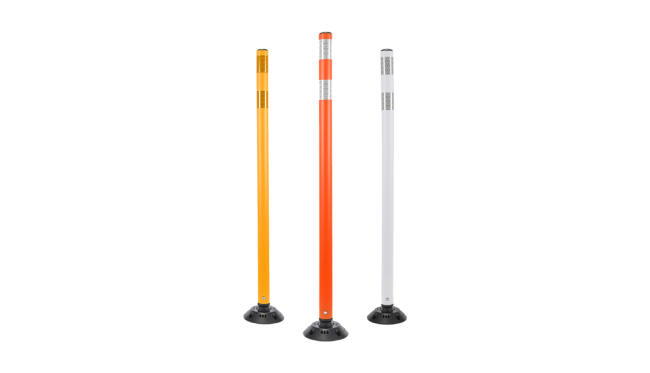 These cones are not meant for road use. They can, however, be used to mark any hazards on sidewalks or inside a building. For those of us into sports, you can also use these cones as goal posts or to mark distances on a field.

Animal training and athletics are the primary use for this size of the cone. They are not allowed to be used on roads.

We’ve finally reached a cone size that can be used on roads. This size cone can only be used on roads where the speed limit is less than 45 miles per hour. Landscapers use this size for motorists to slow down in case they are working on the edge of the road. Most parking lots also use this size to block off parking spaces.

Before this size can be deemed fully road compliant, it needs a ten-pound base attached to it. If it has the base, then these cones can be used on roads with a speed limit of over 45 miles per hour. If not, they cannot be used. They are used mostly to notify drivers of hazards and for blocking or redirecting traffic.

Many places require this size to be used on roads. This size is the standard for all high-speed roads, used for road work, traffic, and emergencies. If you are on the freeway, this is the cone that you will see the most.

Cones made are all single cones without any extra parts. They are flexible and able to take a lot of punishment. Flow-molded cones are also cheaper to manufacture that makes them budget-friendly.

This style is made of two interlocking parts – the cone and the base. Injection-molded cones aren’t as flexible as their flow-molded counterparts, but they are firm and able to take moderately high impacts without breaking. Most of these cones are made from 50% recycled materials, so producing them is efficient and doesn’t pollute as much.

1. What is the standard size of a traffic cone?

Ans. For the cones to be road compliant, they need to be either 28 or 36 inches tall and must weigh ten pounds.

2. How heavy is a traffic cone?

Ans. Traffic cones can weigh from less than a pound to ten pounds, depending on the size of the cone.

3. What are the tall traffic cones called?

Ans. The tall traffic cones are called markers and are for creating paths or blocking off certain streets.