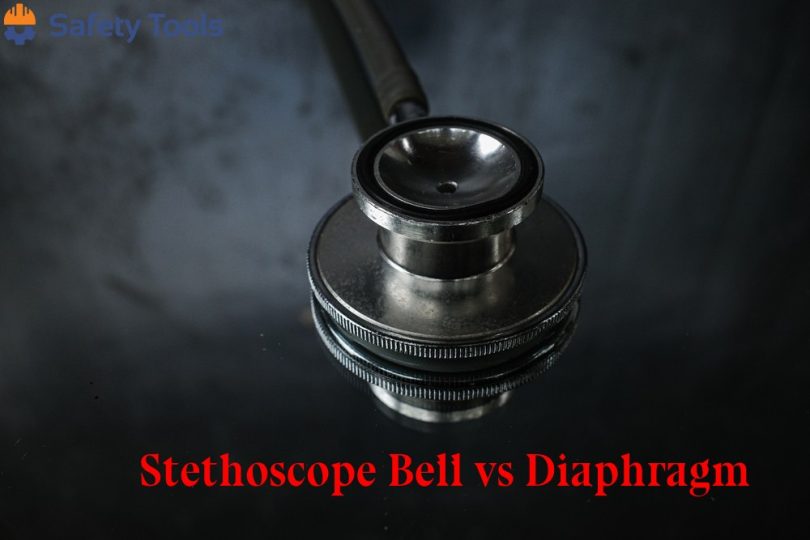 To inexperienced eyes, there is little or no difference between the bell and the diaphragm of a stethoscope. However, as health professionals, we need to know better.

This might be confusing to many of the would-be health professionals, but the bell and the diaphragm serve very different purposes. The diaphragm is bigger, more widely available, and captures high-frequency sound waves whereas the bell does the opposite.

Let’s talk about the key differences between them and get to know the different kinds of stethoscopes available today.

A Bit About Stethoscopes

The stethoscope is probably the most associated equipment with medical procedures. It is a constant companion of a healthcare professional’s professional life.

Since its invention in 1816, the stethoscope has helped countless doctors and nurses to help billions of people. 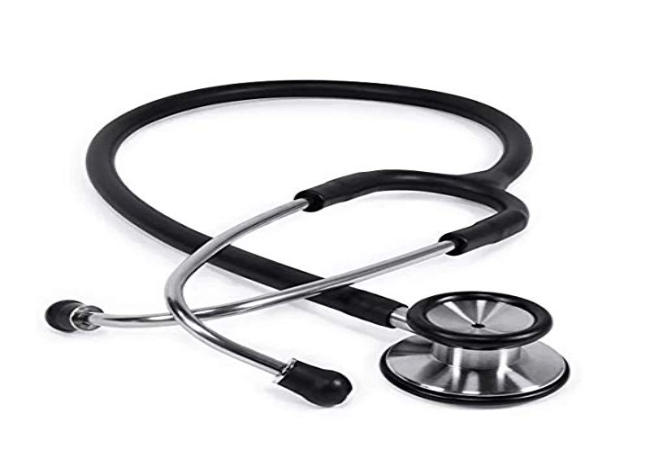 The stethoscope is essentially a connection of hollow tubes and sound-sensitive parts that is used for auscultation, which basically means listening to the internal sounds of the body. Over time, stethoscopes have been upgraded to provide a wide range of services.

The diaphragm refers to the large, circular piece that is connected at the end of the chest piece, meaning the part that you’re gonna place on the patient’s skin for capturing sound waves. 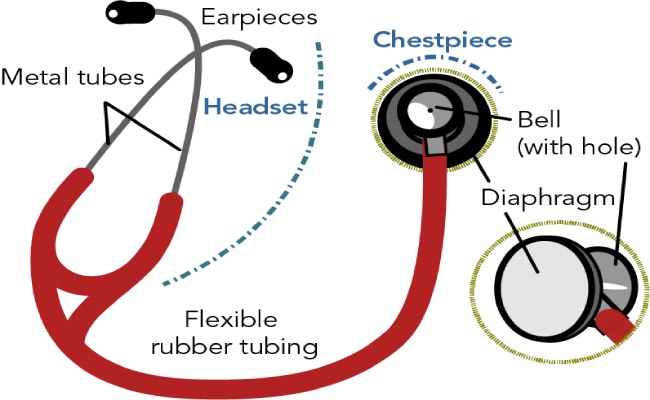 This might be true that stethoscopes were originally built to listen to the sound made by the heart and lungs, today’s modern stethoscopes can do much more than that.

Stethoscope bells usually sit on the opposite side of the diaphragm. It is the smaller, circular piece that looks a bit like the inside of a bell.

Both bell and diaphragm are connected with the chest piece with a hollow tube that carries the vibration from the patient’s skin to your ears.

Stethoscope bells primarily focus more on the lower frequency sounds that can’t be easily detected by the diaphragm. Bells are mainly used on children and neonatal patients.

The bell of a stethoscope is round and has a hole in the middle. The inside surface of the bell is a bit curved inwards in a concave design.

They are typically made from metal and come with an anti-chill ring attached for more comfort and better sound quality.

The diaphragm of a stethoscope is also round but is flat in design. The surface of the circular piece is covered with a thin plastic disk that works like the eardrums in your ears.

They don’t have any holes inside them but are equipped with a ball bearing and a metal spring inside the stem.

Stethoscope bells are smaller in size. The usual size ranges from 0.5-1.3 inches.

Stethoscope diaphragms are larger in size. usually, the size varies from 1.3-2.5 inches. Some of them also come in a teardrop shape.

Stethoscope bells are designed to catch lower frequency sounds that might be hard to pinpoint with the larger diaphragm. They can pick up sounds like heart murmurs very effectively.

Additionally, they are particularly good for auscultation in smaller patients and infants. Their respiratory organs are too closely packed up to be checked with the larger diaphragm. 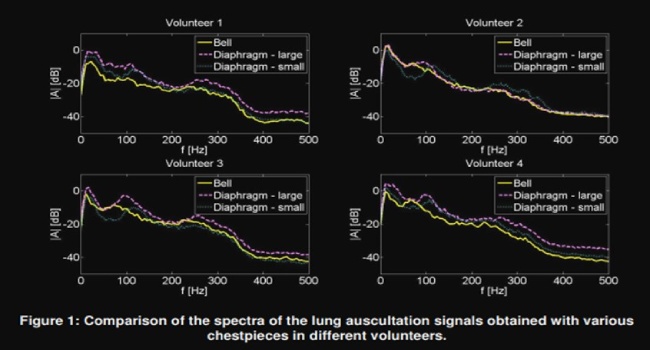 This part of the chest piece is specially designed to pick up higher frequency sounds like breathing sounds. That’s why they are primarily used to check lung auscultation.

However, modern-day stethoscope diaphragms can also be used to check other body sounds like blood flow through arteries and veins, heartbeats, and the patient’s intestine.

There are a wide variety of different stethoscopes available in the market. Many of them don’t offer a bell attached. Instead, they provide only the diaphragm.

These stethoscopes are primarily used in cardiological procedures and as a result, stethoscope bells are not as widely available as the diaphragm.

As I’ve mentioned earlier, the stethoscope bells are particularly good at catching low-frequency sounds. This is particularly helpful for checking smaller patients.

For example, the organs of children are closely packed together, so it’s a bit difficult for the larger diaphragm to pinpoint and catch the sound coming from the heart of the lung. Stethoscope bells are really useful in that type of situation.

On the contrary, Stethoscope diaphragms are good at picking higher-frequency sounds and that’s why they are used in every piece of stethoscopes there are.

Stethoscope diaphragms directly pick up the pressure fluctuations inside your body since the fluctuations vibrate the plastic film/disk of the diaphragm and that vibration gets transitioned into sound through your earpiece.

How a Stethoscope Works

The basic difference in the working principle of the diaphragm and the bell of a stethoscope is how they capture frequencies. The rest of the process is similar.

The diaphragm has a plastic disk that acts like a sealed membrane. Now, the diaphragm directly captures the pressure fluctuations through your veins and arteries whereas the bell does the same through your skin.

When the vibration is captured, it also makes the air inside the hollow tube of your stethoscope vibrate.

The vibration then moves through the air from the chest piece to the earpiece and hits your eardrums, enabling you to hear the sound.

Both the surface areas of the diaphragm and the bell are much bigger than the air inside the hollow tube.

That’s why the vibration gets amplified traveling through the hollow tube and creates much larger pressure waves, resulting in stronger sounds in your eardrums.

The amplification process, combined with the noise-canceling properties of the earpiece helps you to hear the sound clearly and identify the issue. 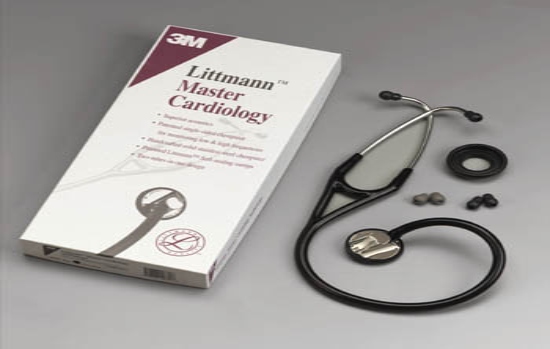 These are specifically designed to pick up even the faintest of heartbeats. Due to their exceptional acoustic quality, they are primarily used in cardiological assessments.

To gain superior audio quality, these stethoscopes sacrifice features like comfort and affordability. 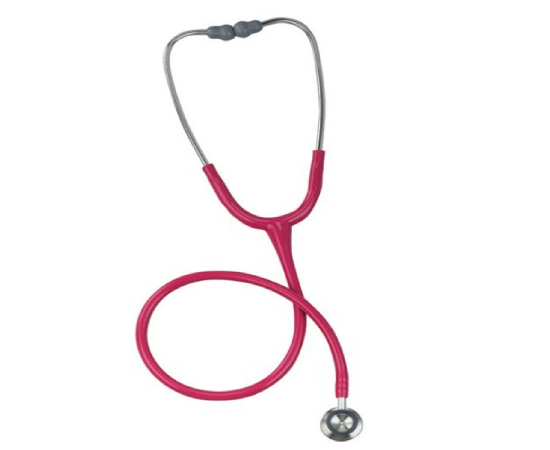 with a diameter of around 2.6 cm, they can provide pretty accurate readings. They also feature non-latex materials to prevent allergic reactions.

These are used to get accurate auscultations and cancel any noise interference from around. They feature the smallest diameter of chest pieces, some of them being as small as 2cm. 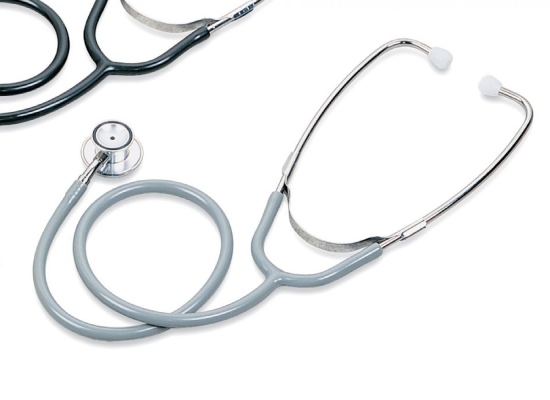 These are also designed for children. Though they look like a standard stethoscope, the alluring colors help intrigue kids that may be frightened. 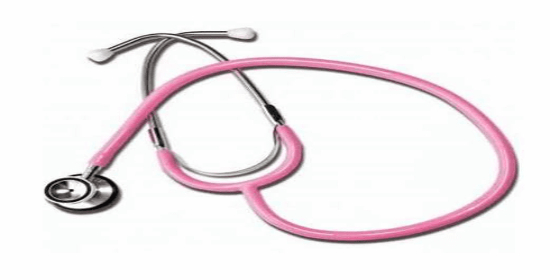 The chest piece is smaller than a regular stethoscope to provide more accurate auscultations.

These are relatively modern and have the capacity to amplify the sound output. The main idea is to convert sound waves into digital/electric waves for better hearing.

They also have the ability to filter and select different cardiac or pulmonary sounds, providing a better experience.

As you’ve guessed from the name, these stethoscopes are used primarily for teaching purposes. 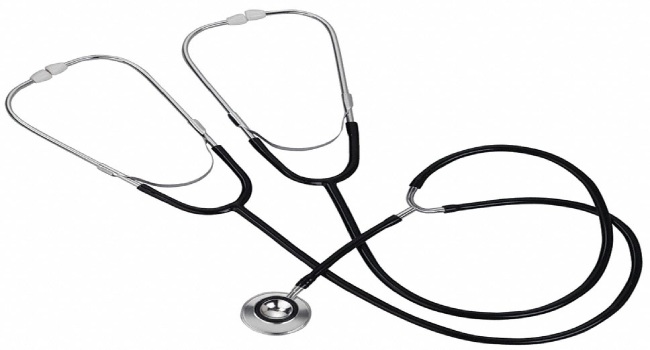 They feature a single-lumen tube, a stainless chest piece, and dual headsets for better durability, and can be used by the student and the teacher at the same time.

Which one to focus on

The use of either the bell or the diaphragm depends on the patient and the type of the health profession. You’ll get poor or no results from using a pediatric stethoscope on a bulky patient since they are designed for skinny patients.

By the time you start your career as a health professional, you’ll get a clear idea of what you should be using. Even if you have some hearing issues, there are specifically designed stethoscopes for people like you.

On a general note, as a healthcare student, you should use both a bell and a diaphragm for better learning purposes. Once you are ready to enter professional work, you will be ready to switch to a more specific type.

Ans: Yes, technically you can use a pediatric stethoscope on adult patients. However, you have to use the larger side of the chest piece to get accurate readings. The small side is for pediatric or thin patients only.

Ans: The main reason doctors listen to the patient’s back with a stethoscope is to find out if there is any liquid buildup inside their lungs. A wet lung will sound different than a normal one. Fluid in the patient’s lungs can indicate emphysema, heart failure, or even cancer.

Ans: You use the diaphragm for the lungs since it can pick up normal high-pitched sounds in the patient’s lungs, heart, and abdomen.