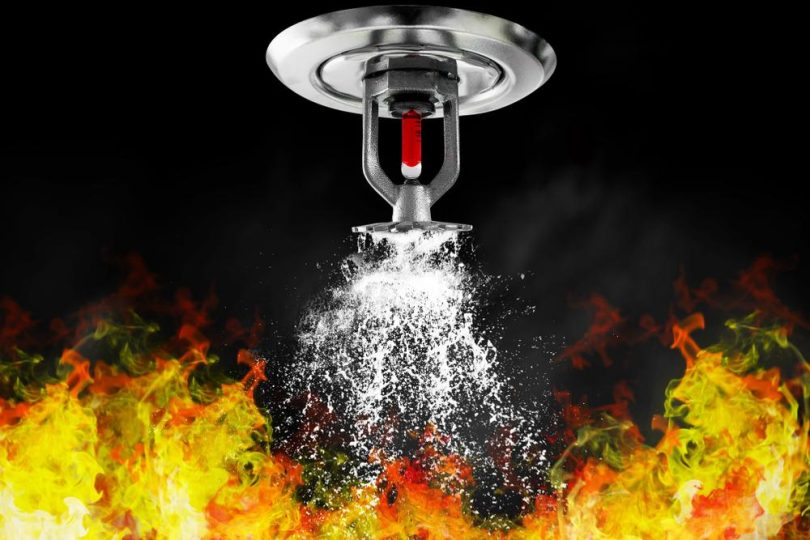 Fire sprinklers are attached to this piping system. They distribute water onto a ceiling, where the water then falls to the floor and is absorbed.

So, how do these sprinklers work? 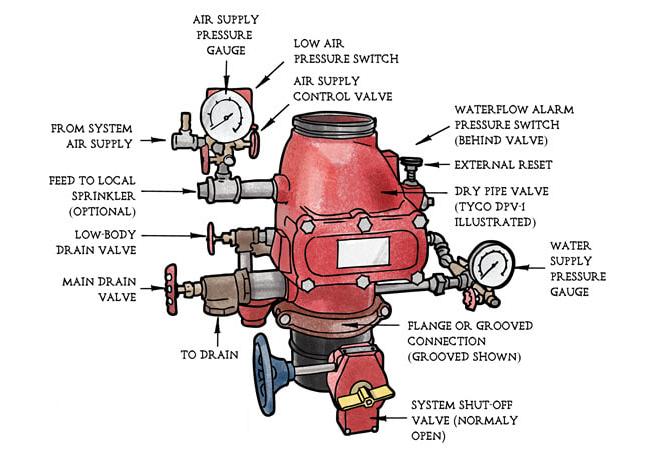 A fire sprinkler system consists of two main components: the water supply system and the fire sprinkler head. While each part is straightforward seeming, there is a lot going on with each one.

The water supply system is the part of the fire sprinkler system that supplies water to the sprinkler heads. The system includes a water source, a pump, and a pressurized tank.

The pump is used to pump water from the water source to the pressurized tank.

The pressurized tank is used to store water under pressure. When the system is activated, the water in the tank is released and flows through the piping to the sprinkler heads. 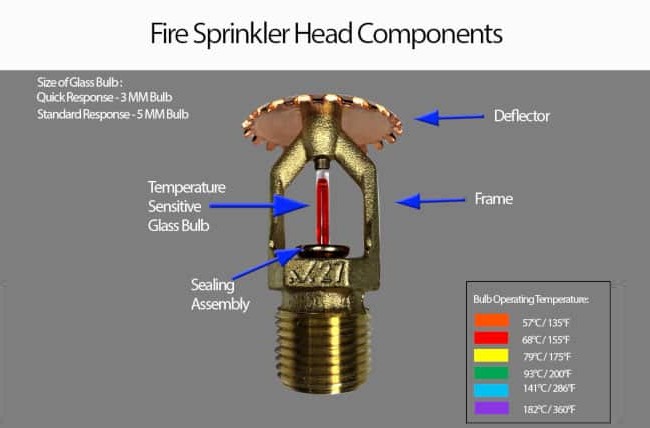 The fire sprinkler head is the part of the fire sprinkler system that releases water onto the fire. The head is attached to the piping and is activated when the surrounding temperature reaches a predetermined point.

When the head is activated, a plug is released and water flows from the piping and onto the fire.

How Does a Fire Sprinkler System Work?

A fire sprinkler system is a system that uses water to extinguish fires. It consists of a water supply system, a piping system, and fire sprinklers. It is commonly used in large commercial buildings, but systems for smaller buildings are now available.

The first step in the operation of a fire sprinkler system is the detection of a fire. Modern sprinkler heads are heat-sensitive and designed to activate when they reach a predetermined temperature. This temperature is between 135–165 °F (57–74 °C) for standard sprinklers and between 155–200 °F (68–93 °C) for quick-response sprinklers.

When the sprinkler head reaches the predetermined temperature, a fusible element within the head melts, allowing a plug to be released. This plug had previously held a pin in place, which was holding a deflector plate over the sprinkler orifices. The sudden release of the plug and pin causes the deflector plate to be forced open by a spring, exposing the orifices.

The sudden opening of the orifices causes a sudden drop in pressure in the piping system. This pressure drop is detected by a pressure switch, which activates an alarm and starts a pump. The pump pressurizes the system, which had been previously filled with water, to its designed operating pressure. Once the system is pressurized, water flows from the piping through the open orifices and onto the fire.

Different Types of Fire Sprinkler Systems and How They Work

This is the most common type of fire sprinkler system. As the name suggests, a wet pipe system always keeps water in the pipes. When a fire activates the sprinkler head, the water is immediately released onto the fire.

A dry pipe system does not always keep water in the pipes. Instead, the pipes are filled with pressurized air. When a fire activates the sprinkler head, the pressurized air is released and allows water to flow into the pipes and onto the fire.

1. What temperature will set off a fire sprinkler?

2. How much does it cost to install a fire sprinkler system?

Ans. The cost to install a fire sprinkler system depends on the size and type of system. Generally, a wet pipe system is the most expensive to install, followed by a dry pipe system, a pre-action system, and a deluge system.

3. Do fire sprinklers react to smoke?